The data show that women who have experienced violence are still more likely to contact the SOS telephone numbers of women's non-governmental organizations (the first of which was established as far back as 1990) than the national SOS telephone number (founded in 2018 in the public sector, i.e., at the Center for the Protection of Infants, Children and Youth, by the competent Ministry for Social Protection). Phones from the "Women Against Violence" Network ring more than 18,000 times a year (although many are open only a few hours a day and only on weekdays), while the National SOS receives barely 3,000 calls even though it is available 24/7. Even the SOS phone of the Autonomous Women's Center (individually) has more calls (around 4,500 per year) than the National SOS phone, although it is only available for 10 hours every weekday (due to the lack of any state support for organizing work 24/7).

At the same time, the establishment of the national SOS phone significantly reduced the budgetary funding of similar services of women's non-governmental organizations (as shown in the Infographic). Thus, the amount of funds from the budget (national and local) for women's organizations was about 3,600,000 dinars in 2017, in 2019 it was less than 800,000 dinars, while the National SOS telephone received almost 17,000,000 dinars that year. It should be pointed out that the data on the financing of the National SOS telephone are not publicly available, and that the AWC received them only in 2021, after two complaints to the Commissioner for the Protection of Public Interest Data and his order to submit the requested data for inspection.

Furthermore, it is alarming that local governments are ready to finance services offered by newly formed civil sector organizations without prior knowledge and training, unlicensed, even those founded and run by persons convicted of domestic violence, as was the case recently in Leskovac, where the city administration set aside 250,000 dinars for this purpose, although a specialized organization for supporting women with the experience of violence, "Women for Peace", has been operating in the city for more than 15 years.

For an overview of the data on services and funding, see the infographic prepared by AWC and the Women Against Violence Network, while the Instagram was created by the prEUgovor Collaboration, which monitors Chapters 23 and 24 of Serbia's accession negotiations to the European Union. 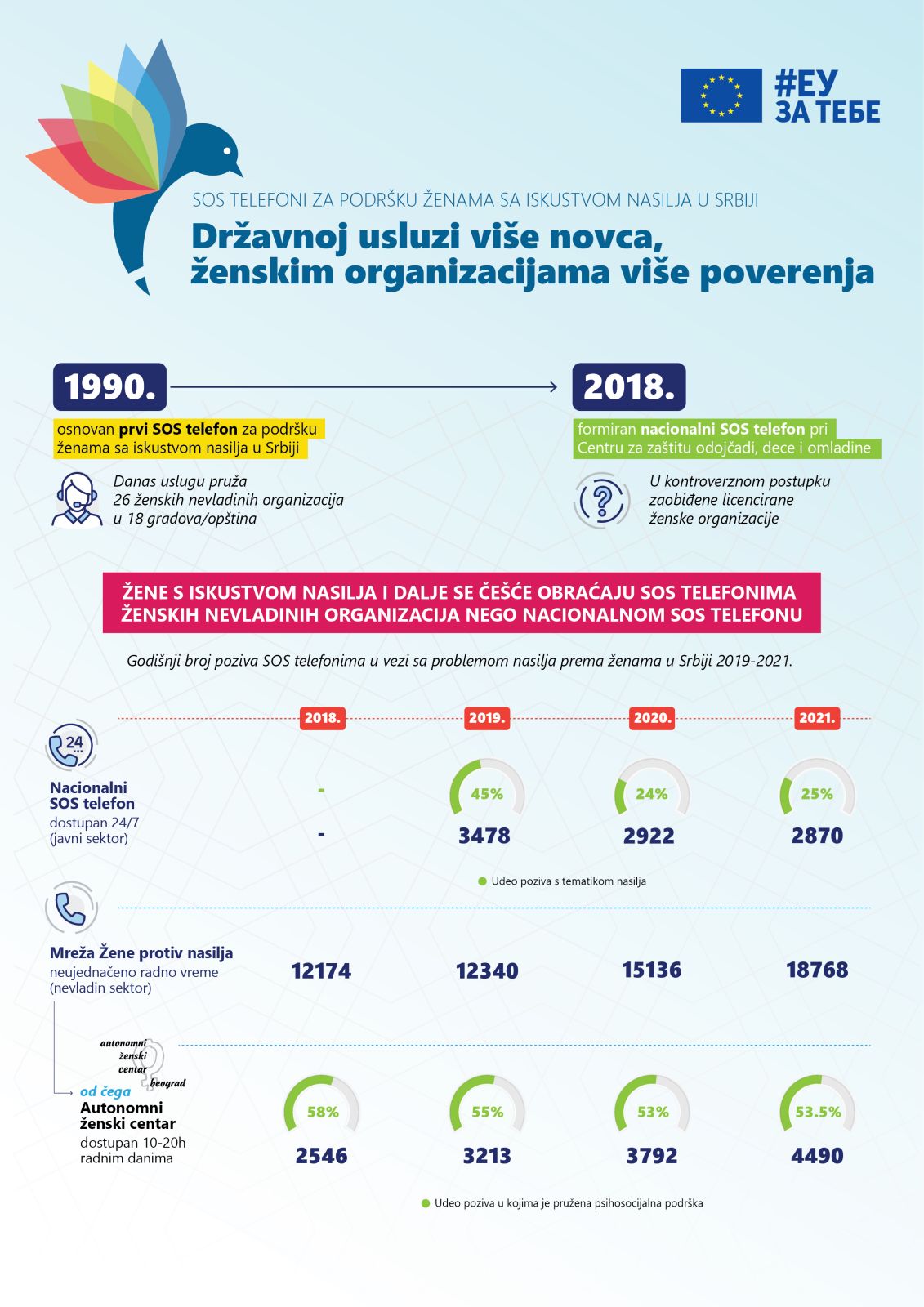 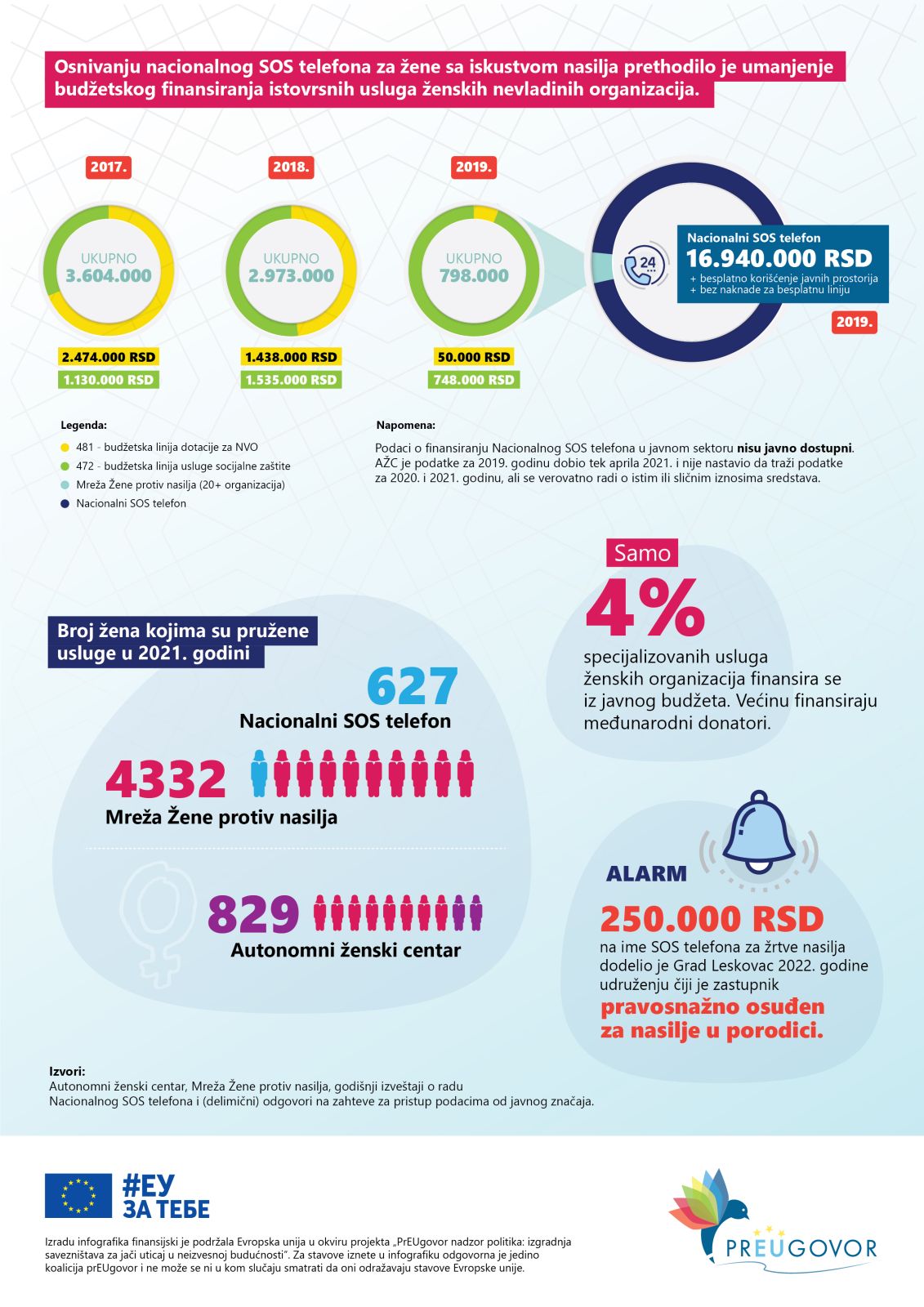