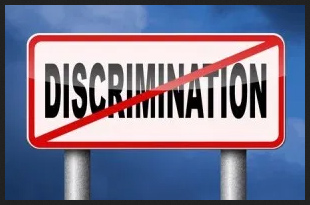 Image: www.crippspg.co.ukThe Autonomous Women's Center, ASTRA and Group 484, as members of the prEUgovor Coalition, submitted to the National Assembly, and before that to the Committee on Human and Minority Rights and Gender Equality, as well as to the Committee on European Integration, amendments to the disputable solutions contained in Draft Law on Gender Equality and to the Draft Law on Amendments to the Law on Prohibition of Discrimination, which appeared after the public debate. Both laws were adopted without amending the bill in the way the Coalition prEUgovor suggested.

After the end of the public debate, the Government of the Republic of Serbia adopted and sent to the National Assembly the Draft Law on Gender Equality and the Draft Law on Amendments to the Law on Prohibition of Discrimination , which contained solutions that were not in the public debate and could therefore not be objected to. It is, above all, about the privilege of financing specialized services for perpetrators of violence in relation to services for victims, as well as about the omission of sexual harassment as discriminatory behavior (the proposal mentions only sexual and gender harassment).

The appeal of the prEUgovor Coalition was not discussed at the 12th session of the National Assembly during the debate in plenary nor, basically, in the address of the President of the Committee for European Integration, Ms. Elvira Kovač, as well as in the address of the President of the Committee on Human and Minority Rights and Gender Equality, Mr. Muamer Bačevac. Although the President of the Committee based his presentation on data on violence against women, emphasizing the increase in reports registered by women's SOS hotlines, he did not refer to the obvious discriminatory provisions provided in Art. 58 and 77 of the Draft Law on Gender Equality in relation to specialized services for victims of violence in relation to the specialized service for perpetrators of violence.

Only one female deputy-Speaker of the National Assembly asked the Minister of Human and Minority Rights and Social Dialogue to explain why the Government privileged the financing of services for perpetrators of violence over the financing of specialized services for victims of violence. We quote excerpts from the Minister's response (from the NS stenographic notes of 18th May 2021, pp. 65-69):

"An additional regulation that will make it completely clear for you and give credibility to my words is the Law on Social Entrepreneurship, which we hope for in the third quarter of this year, because our goal is for victims of violence to be in good hands, our goal is to stop project financing."

“What we want is to say in the provisions of this Law for both perpetrators of violence and victims of violence that they are our citizens, we are all obliged to them by agreement in the Assembly, agreement in the Ministry of Finance for the Republic Budget in the Government of Vojvodina for the Provincial budget to provide local governments with evidence that with the funds in the budget, collected from all citizens, we will try to build a system of ‘safe houses’”.

“We know that part of the civil society is extremely dissatisfied justifiably or not, it is up to us to establish that in the dialogue with them, because we believe that the state can also provide services for violence prevention and protection of women from violence."

“We think that there should be a dialogue about that and we should see why the civil society denies the right to perhaps have people in Welfare Centers and specialized institutions who could help with projects to reduce the total amount of violence in society." Maybe not, the money is there for the one who knows, because Serbia is a country that will fulfill the undertaken obligation for the overall reduction of violence in society to the end. "

You can see the comments on the amendments to the law submitted by the Coalition prEUgovor HERE.