AWC Address to the Protector of Citizens and Ministers 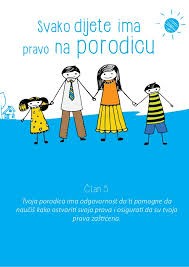 The Autonomous Women's Center addressed the Protector of Citizens, as well as the Ministers in charge of Family Care and Demography, Labor, Employment, Veterans and Social Issues, regarding statements in the media stating that "no one in Serbia has been deprived of a child due to poverty." Recalling that the official data on the work of centers for social work in Serbia for 2011 and 2012 contained such data - which AWC informed about and requested to act ex officio the then Ministry of Social Welfare, the Protector of Citizens, the Commissioner for Protection of Equality, as well as the Republic Institute for Social Protection.

The disputable grounds for separating children from the family and placing them in foster families were the categories of "socio-materially endangered child" and "if the parent is not able to protect them from the other abusive parent". The designated state bodies either did not react to the AWC's initiative or made decisions that there was no discrimination. Since 2014, both categories in the reports on the work of the Welfare Centers have disappeared - but AWC does not consider that the phenomenon has disappeared.

The Protector of Citizens requested from AWC all available documentation from the period 2012 and 2013.

The Ministry in charge of Social Protection informed that the letter addressed to that Ministry was forwarded to the Ministry of Family Care and Demography.

The Ministry of Family Care and Demography did not respond to the AWC's appeal.

The letter addressed to the Protector of Citizens can be seen (Serbian language) HERE.