With the action „Stop Killing Women!“ organized on December 6th it was marked the 30th anniversary of the Montreal Massacre, with about fifty activists from the Autonomous Women's Center, Women in Black from Belgrade, NENA - a group for peace and women's rights from Leskovac, Women's Association Anima from Djulic (Bosnia and Hercegovina), and the CURE Foundation from Sarajevo (Bosnia and Hercegovina). On this day, women around the world go to the streets to commemorate the murdered women and to remind the states that they are responsible for combating and preventing crimes against women.

During this action, a performance was implemented and 90 pairs of red shoes were placed on the sidewalk of Knez Mihailova Street in Belgrade. Activists developed a Banner: December 6 - International Day for the Elimination of Femicide, as well as banners Stop ubijanju žena/Stop Killing Women, and leaflets with the information on femicide were also shared. 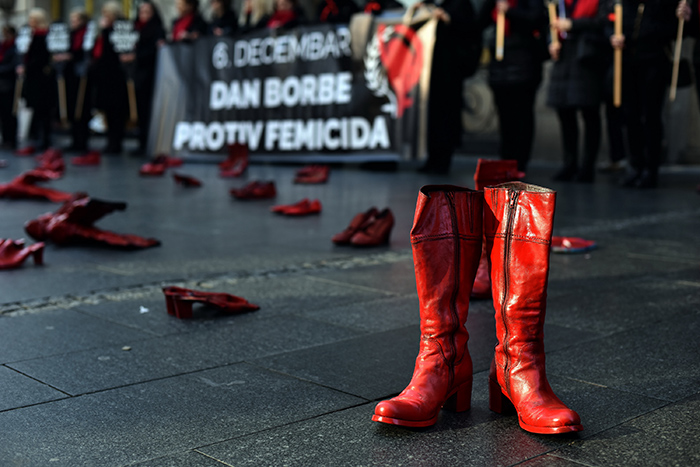 In this way, a warning was sent to the competent institutions and the public about the need to stop the most brutal form of male violence against women - femicide.