Support for Victims of Violence: A Strategy on the Rights of Victims and Witnesses of Crimes 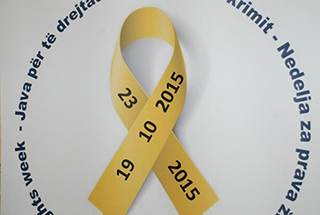 The Autonomous Women's Center submitted comments to a working group within the Ministry of Justice that is preparing a National Strategy on the Rights of Victims and Witnesses for Crimes for the Period 2019-2025, including comments on the Action Plan for the first three years of its implementation. The drafting of the Strategy is part of the commitments undertaken by the Republic of Serbia in the process of accession to the European Union, that is, harmonization with its acquis and Directive 2012/29/EU.

In addition to commenting on the stakeholder consultation process itself, the AWC highlighted several substantive issues vital to the quality of this strategic document. They relate to the fact that the Strategy does not list all the rights to which victims are entitled under the minimum standards in Directive 2012/29/EU, and which are not guaranteed in the existing Criminal Procedure Code of the Republic of Serbia. AWC emphasized that the division of the victim support services was not harmonized with the Directive, and that it was inappropriate for future judicial support services to be located in High courts when the largest number of victims and witnesses are present in the Basic courts and Prosecutor's offices.

With regard to the Action Plan, which was drafted in relation to the Strategic Document that did not pass the public debate, the largest number of comments referred to inadequate deadlines (bearing in mind that the first half of 2019 had already passed), short periods for the implementation of certain activities, inconsistencies of activities, inappropriate dynamics of setting up services, and inadequate coverage of experts to be trained.

Comments on the working text of the Strategy and Action Plan are available in Serbian here.